So the day of the big climb. I started at normal time. I still needed to get into the city as the hotel was at the beginning of Butwal. When I got in the center and I turned left on the main road to Pokhara, the wind started to blow into my face. I thought it would be really hard to go up. But soon after I left the city and enered the valley the wind was gone. From there on it started to climb. It was hard,  because my behind was hurting a lot and I always needed to figure out a position which was comfortable. It was so beautiful that I forgot the pain and just kept ridig and taking pictures. 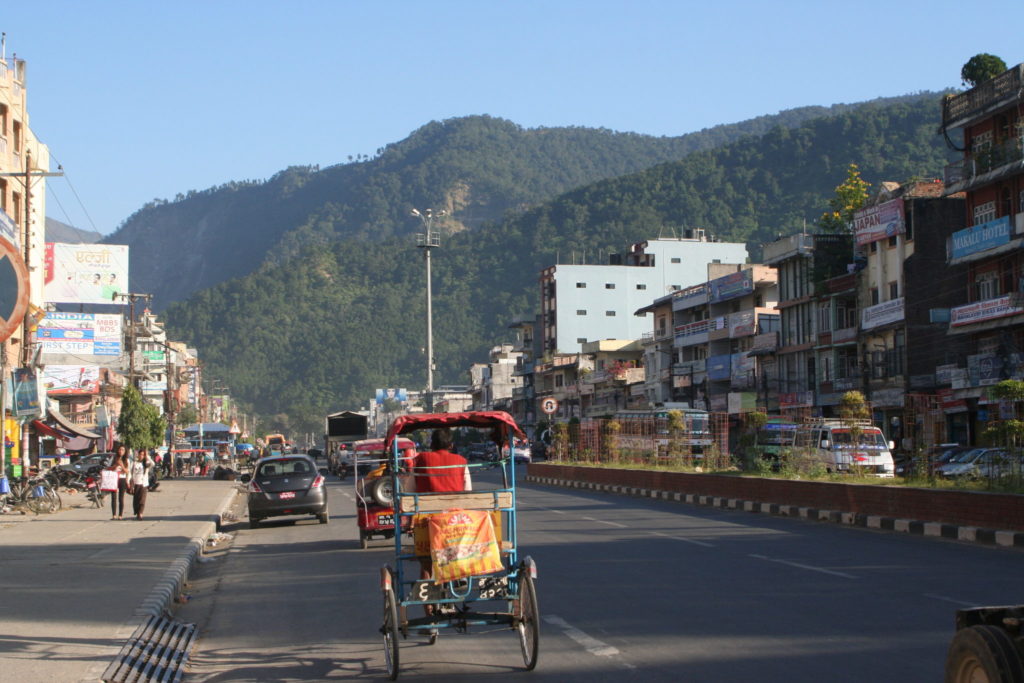 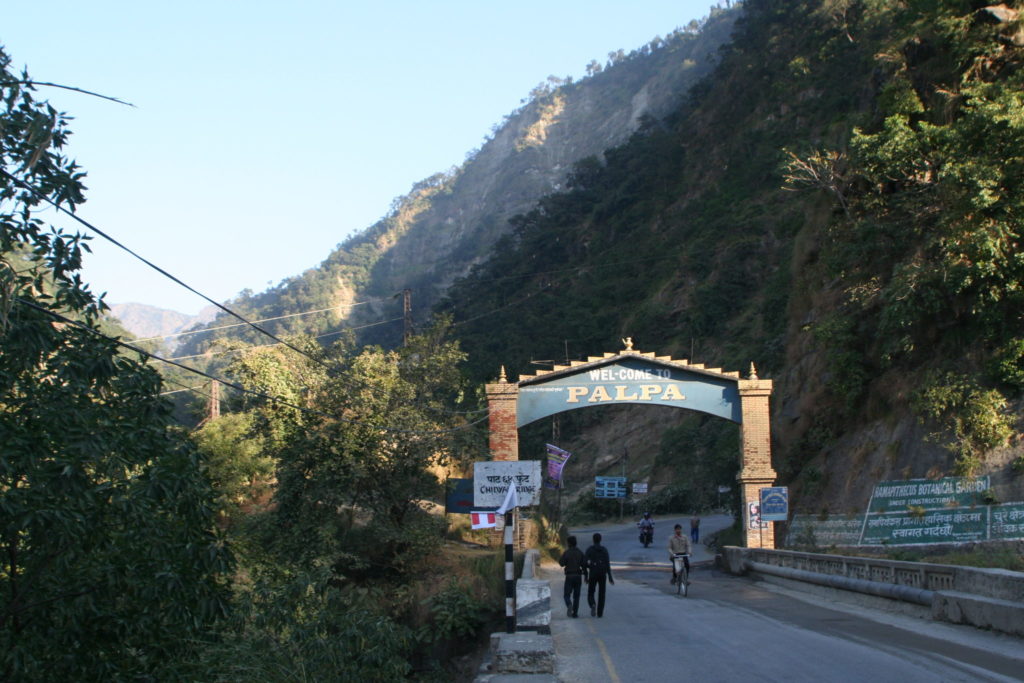 The traffic was also not that much as an australian guy and a swiss girl on a motorbike told me yesterday. Perhaps there is less traffic because it is saturday. I don’t know.

So after some cycling, I didn’t even care how far I already went,  I saw a bench made out of bambus. I decided to take a break. After a while I checked out my GPS: 1007 meters of altitude. This was worth a selfie😀

I continued my climb,  but it did not go up that much anymore. It always rises and falls again and you always get a nice view down into different valleys.

I was passing the junction of the town Tansen, but I contined on the road as it was only 11:50 and I had a good run. After some more kilometers I found some place to eat. Relay nice women with her daughter. We were talking a little bit about the road,  and that I would check with Tomaz where to stay and I always refered to him as my cycling friend. Tomaz had written me that he would stay in Tansen. The lady from the restaurant also suggested that I should stay there as the next town is far away. So I decided to go back. But before I paid , the women said: “look your frined”  and pointed out to a guy with a trailer on his bike,  but who wasn’t Tomaz. I quickly went out to talk to him. It was Carlos from spain. Tomaz met him some days ago once,  now I met him but only by chance,  because he stopped right infront of the restaurant I was eating in😀 He didn’t even saw my bike. He is also going to Pokhara, but he is faster,  so he continued. I payed and decided to ride backe like 16 km to get into Tansen.

Half way back I was really pissed on my self, because of my decision but I thought I would be again a really bad idea to turn again so I forced myself to go to Tansen… Arrived there, after some pushing my bike up a heavy hill on foot I arrived in the town center, where again by chance met Tomaz while he was going for a walk up to the top of thw mountin. He gave me the key for the room. I quickly droped my luggage and bike,  grabed my camera and went up myself. Half an hour walk and I could see the big mountins with snow. tomaz later on told me the names but I forgot them again,  as usual. I only remembered fishtail,  which is the closest on to Pokhara.

After the walk I took a quick shower and then went for dinner,  we found a nice restaurant at the back of a house. We ate a nepaleas speciality called Mo-Mo. Really great stuff. Afterwards they started singing. I will upload the video😀 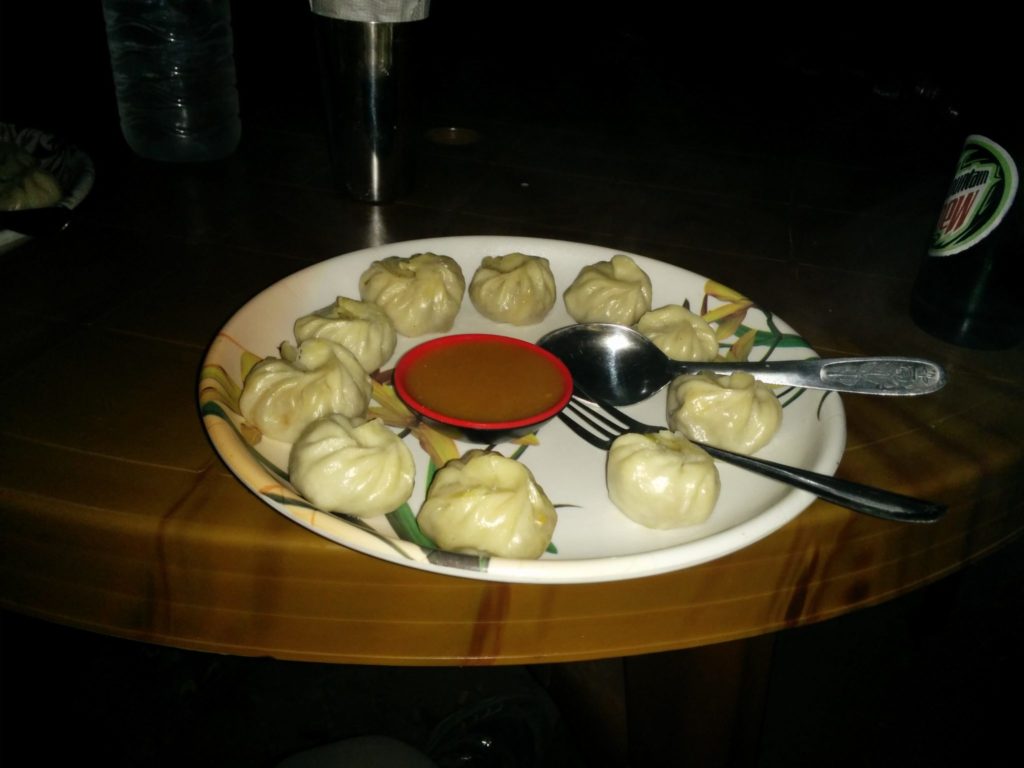 Now we are back in the hotel. Tomaz and i will splitt again tomorrow as he wants to stay here for another day. I want to come to Pokhara.

Oh yeah on monday,  you should look at the moon,  as it should be very big as Tomaz told me,  hopefully I will then be in Pokhara and see it from there. Supposing Tomaz is right.

Ohh and this is Tomaz in case you wonder who this crazy man is: 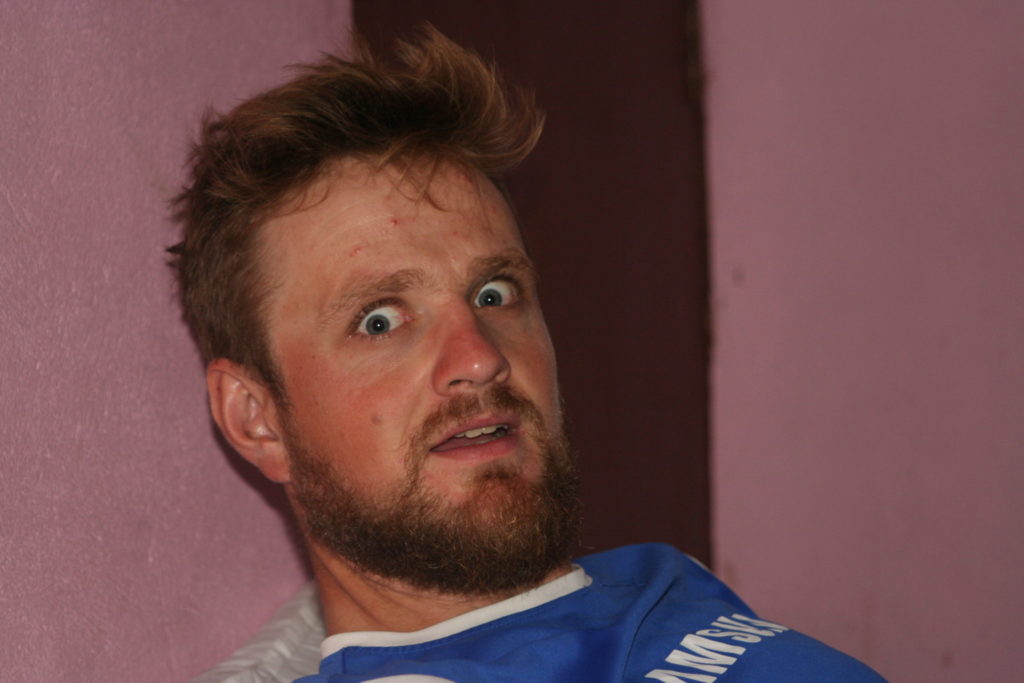 Pictures will follow, as the drunken man in the reception couldn’t give us the password for the wifi…

In summary: great day expect for the part where I was turning around and going back,  but the to the view over the mountains made it worth it.