Yesterday evening I was able to meet up with tomaz,  who rode with me the first two day in india but then got sick. Now he is back on the road and was in the same city as me,  as it was the last city before the big jungle. For today we had the same plan as there was no other option: doing 111 km through the jungle,  as there is no other city on the way.

My night was kind of less sleep,  as there were people running around the hallway until 1 in the moring and I woke up at 6 in the morning. At 7:30 the kitchen opened and I could order breakfast to be on the road at 8:30.Tomaz stayed in another place,  so we decided to meet up in the next city.

After one kilometer on the road the jungle began. You can always see the start by these army checkpoints. 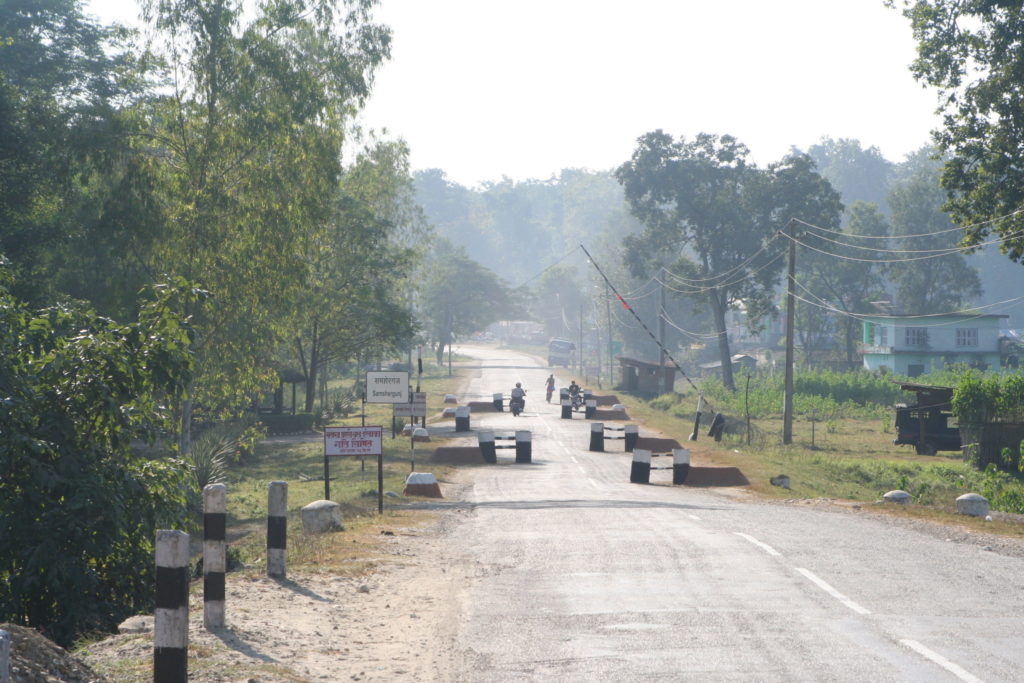 But as I found out during a talk with one of them is that they are not to control the people but to protect the people as they warn if there is any problem with animals in that section. There are some checkpoints on the road of the jungle.

In the beginning there were 2 really boring parts where the road goes strait. I don’t like that much. 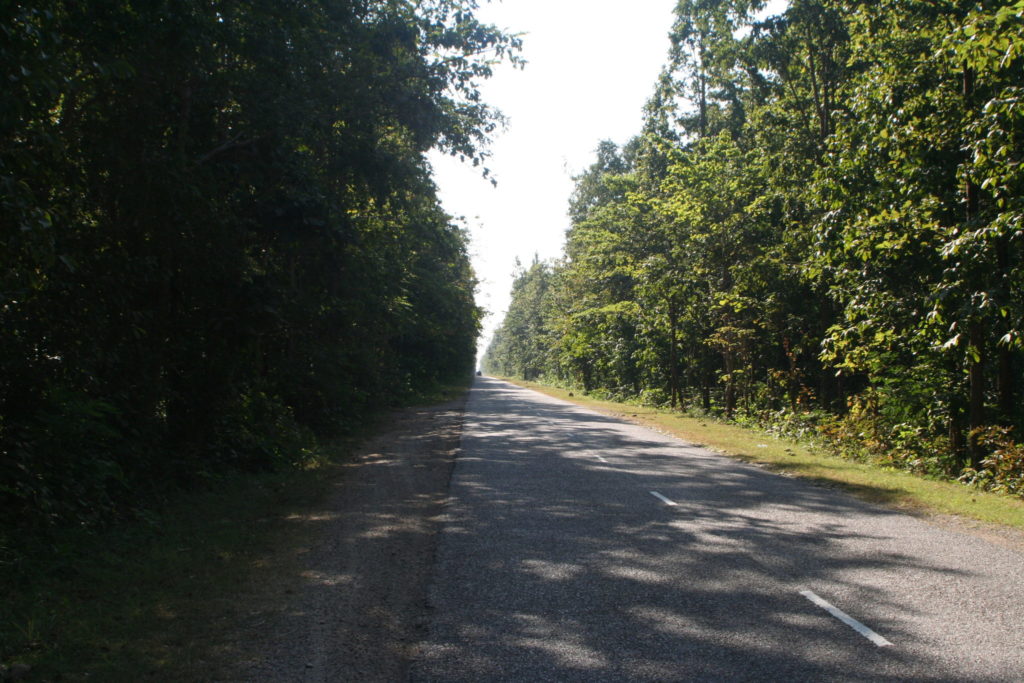 After that the mountin climbing started. Often it went up some meters,  which i took really slowly, in order to manage the 111 km. At the end we even got to an elevation of 340 meters. 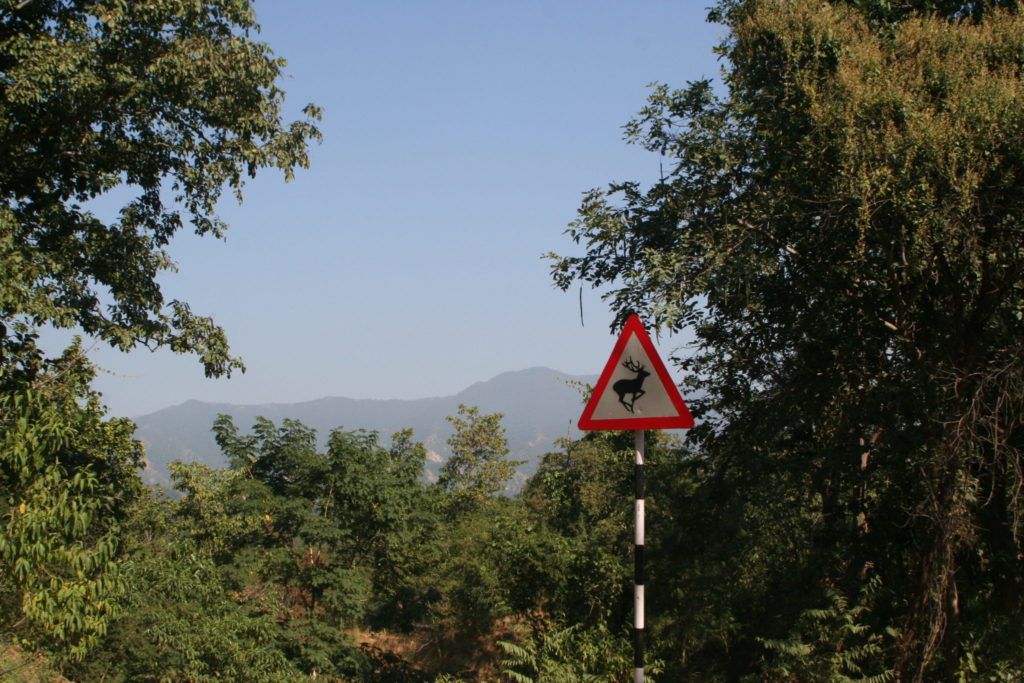 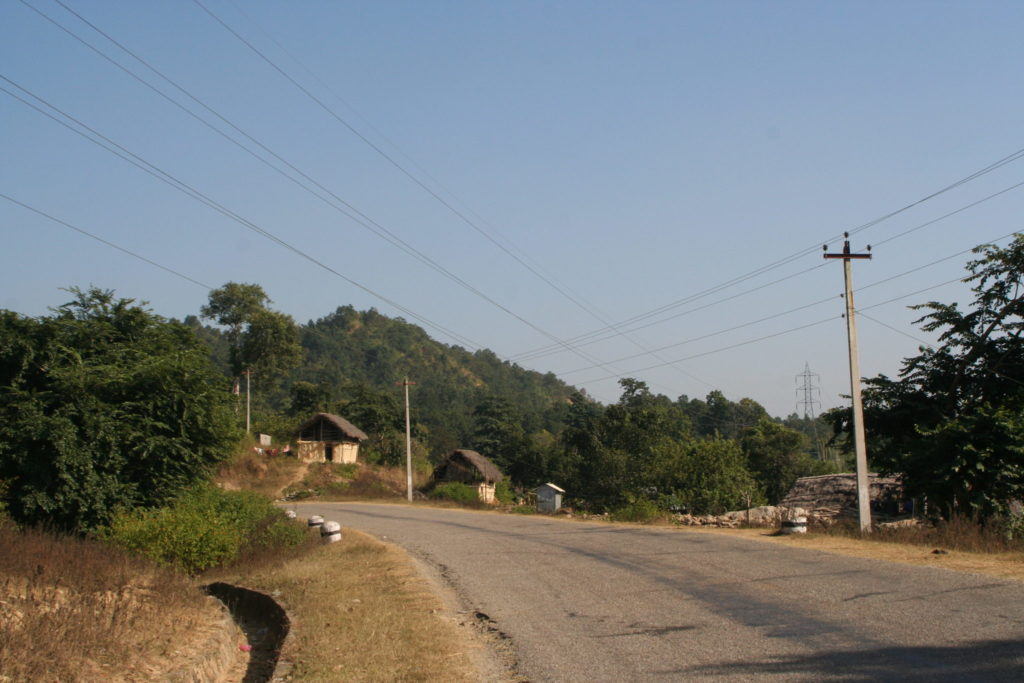 There were even monkeys on the road,  but the monkeys in the jungle are really scared of cyclists, as they don’t run away if there is a truck,  bus or car passing by, but if there is a cyclist approaching, they immediately run away in the bushes. 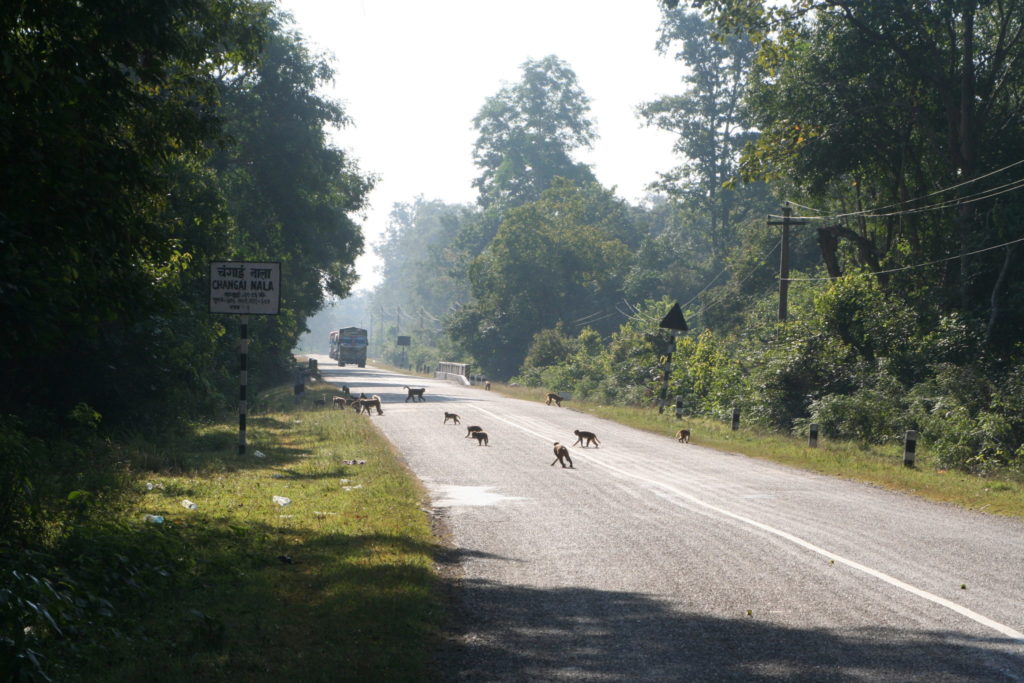 30 km before the finish city, Tomaz turned up behind me, I overtook him while he was doing a break and I did not see him. So the last kilometers we were riding together. I found out that if there is somebody riding with me,  I am able to ride faster. But it is also nice to ride at my own speed sometime.

Now we are in Lamahi and tomorrow we try to do again 116 km with a big hill of 540 meters. For dinner we went into the city and ate some noodles. When we were finished, we took a tuktuk to get back to our hotel. The driver was so happy to drive foreigners,  he put nepalese music on and was kind of dancing and screaming while driving. I was a little bit scared, but we arrived fine. We talked for a while in front of the hotel, but his english was bad. Now I am chilling in my room and going to sleep soon, to get up early in the morning to do another long trip to Butwal.

Here are some more images of today: 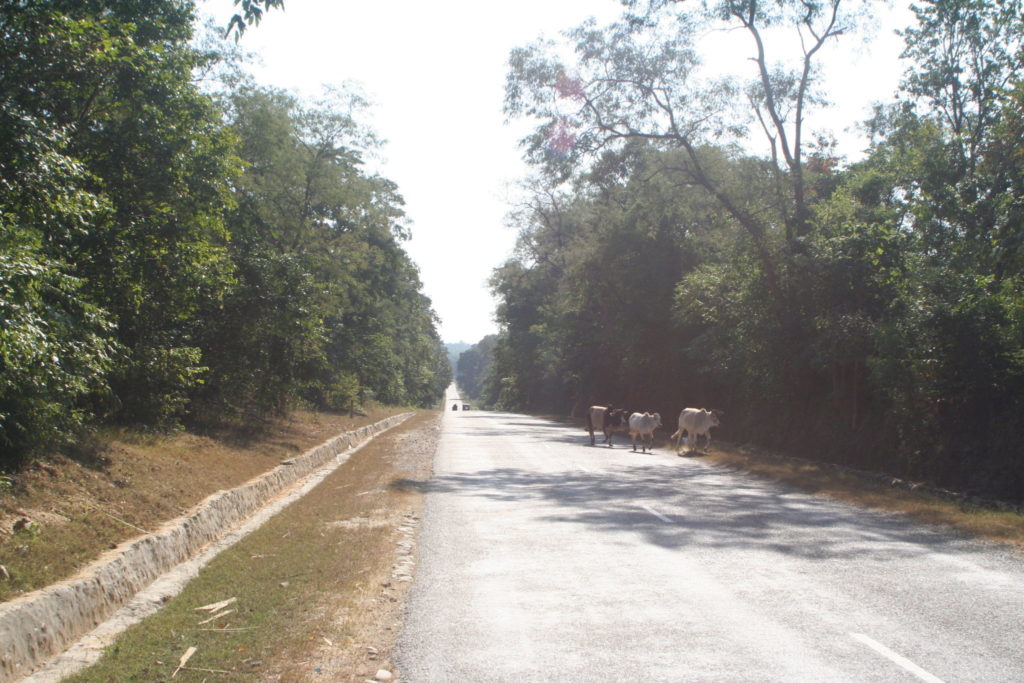 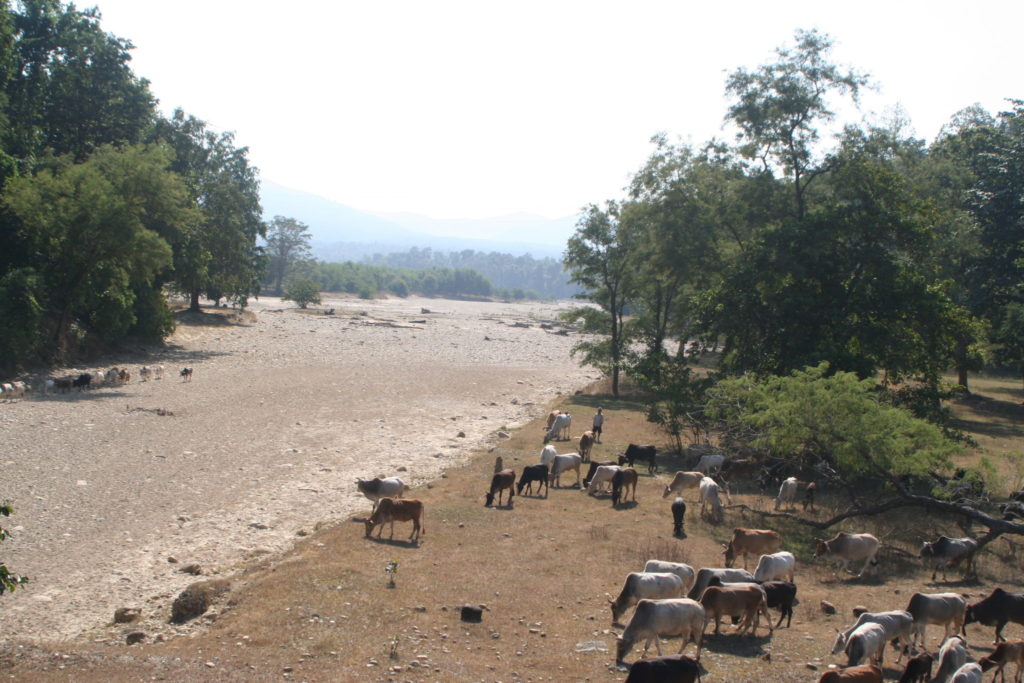