After a lovely evening with the family of the teacher, I slept in the boys room. During the night many animals came into the room like dog,  cat and goat. I could also hear somebirds outside, but at all, I did not hear any honking as there was no road for a truck or car anywhere near us😀 But still I did not sleep that well that night.

In the morning I got up around 7 and took a walk through the village to the main place with the teacher. On the way there we have met many people which are related to him. In the center we than trank a tea with other people and went back to the house,  where the wife hade made breakfast. Rice with Dal. After breakfast, it was time to go to school for the children and the father. As the childrens school is in the city,  called Tikapur,  I orginally wanted to go the day before,  I was told to ride with them. But before everybody left,  we did a big photoshoot together with parents,  children,  grandfather and neighbours☺️ As I was werlaring my baseballcap and took it of for the pictures, the father ran into his house to get some traditional hats. Which he gave me afterwards as a present😀 Then I packed my bike and left with the children. The father goes to another school.

I slept on the right side,  the kids on the left:

The view in the morning at sunrise: 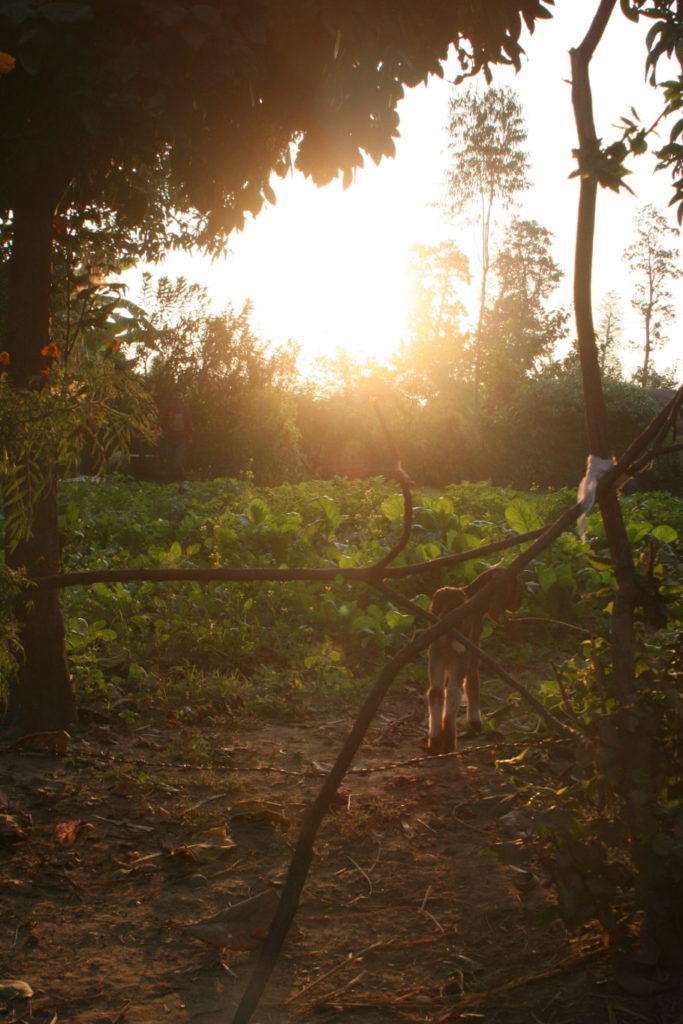 The ride to the school was about 2 kilometers, we went through other villages and even through a river😀

After ariving at school,  I said goodbye to the kids,  continued a little bit, so that I would not be asked by every kid about my name and so on. In quite I then started to plan my day. The original plan was to pass  Ghaghara River on the south side near the indian border. But as the road at the end of the city got again bad,  I decided to get back on the main road and pass the river on the north side as I was sure that the road is in good shape and I can continue better. My destination were some of the hotels of the jungle on the east side of the river. So after passing some kilometers through a national park, where many monkey, who are really photo-shy,  passed my road. After the park,  the road to get to the hotels went of main street and got bad again. So again 13 km of hard road in front of me,  which I need to ride back tomorrow. At least it is beautiful there😀

The while rease why I was going threr was to make a little safari through the jungle. Sadly missplaned,  my bar money is to little to pay for everything , so I need to pass it on to another time. Just dumm that I took this road on me for that.

Tomorrow I will try to stay on mqin road. 😊

I will try to upload some pictures if they get the wifi working,  when I can upload pictures,  you will probably understand why the wifi does not work😂

Me with my traditional nepalese hat