So I started today early as I wanted to get of the main road. But only the last 13 km where off the main road. So until there still much traffic. After lunch,  I saw some kids playing volleyball infrot of there school after watching the game for some time they invited me to join them. So I joined. They were really good at it. Immediately when I got to the field with my bike everybody came to me,  all the children and teachers out from the shadow. After playing some time,  they needed to go back inside as there class was about to start. I wanted to make a picture with the kids and my bicycle in front of them,  but there were so many of them,  so they were standing infront of it. Then I said goodbye and for as long as they saw me,  the whole school was waving and shouting goodbye 😀 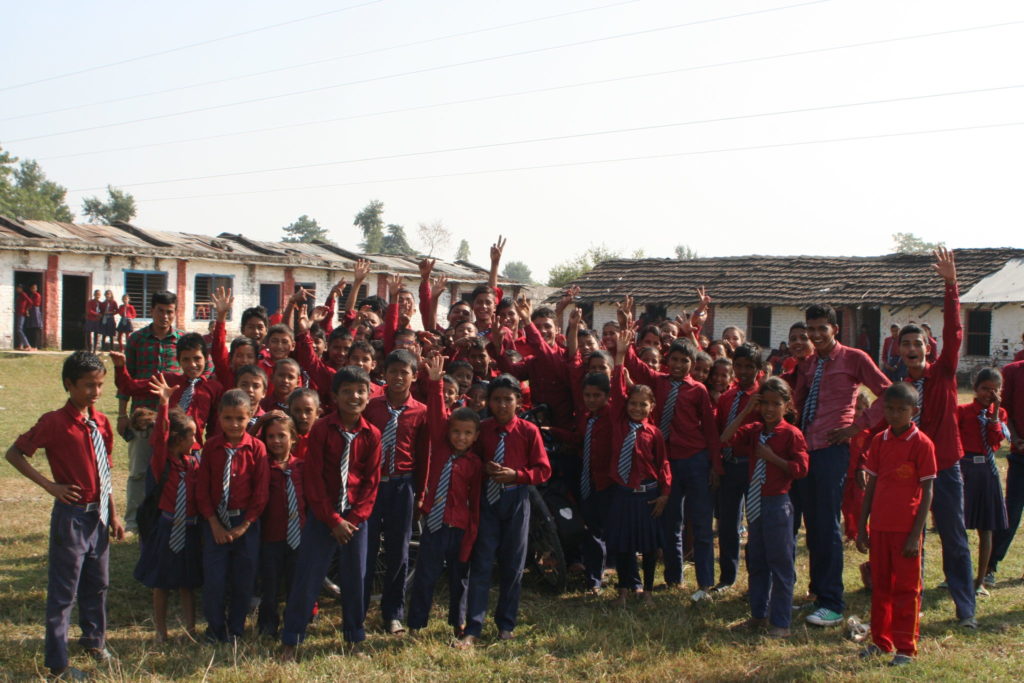 Then I continued on main road again until the intersection of the little road i wanted to take and the main road. So i took the little road. No asphalt ,  only sand and rocks for the next 13 kilometers. My speed was 8 km/h most of the time,  so not very fast. After 10 km I met a teacher on his motorbike,  after a long discussion he invited me in to sleep at his house. So I did😀 Now I am at his lovely little house and his wife is cooking food for me,  we were talking about Luxembourg , Germany,  Nepal and so one. Many neighbours came by,  some of them took pictures with me☺️ And after eating I will sleep here☺️ The road to there:

As usual, pictures will follow because of the slow internet.