So today the same stuff as yesterday, flat, boring roads. At the beginning it was foggy. 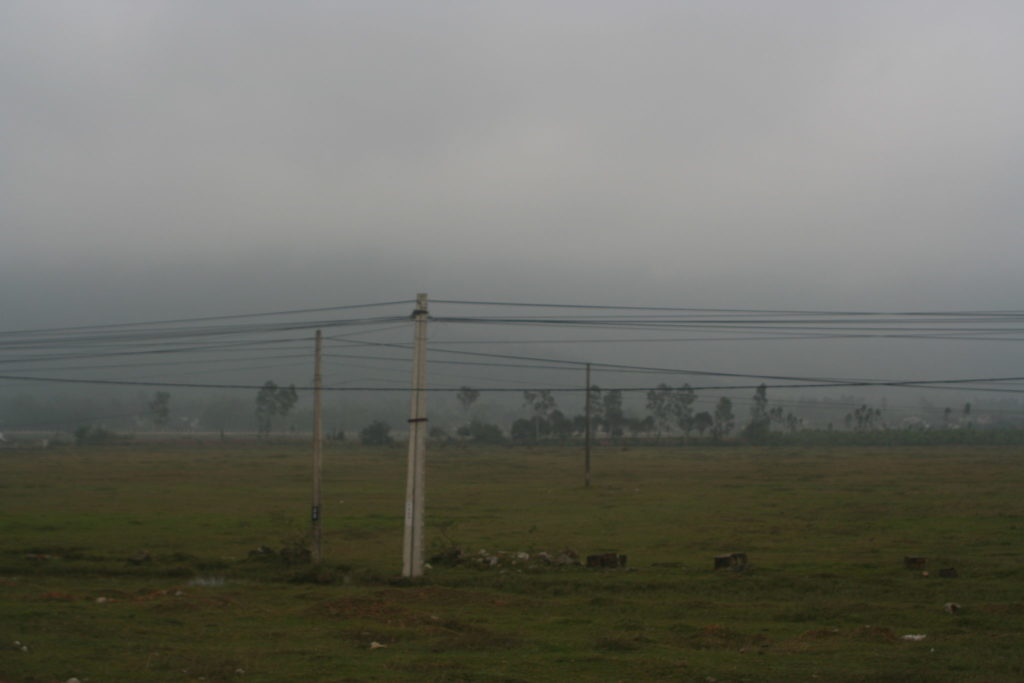 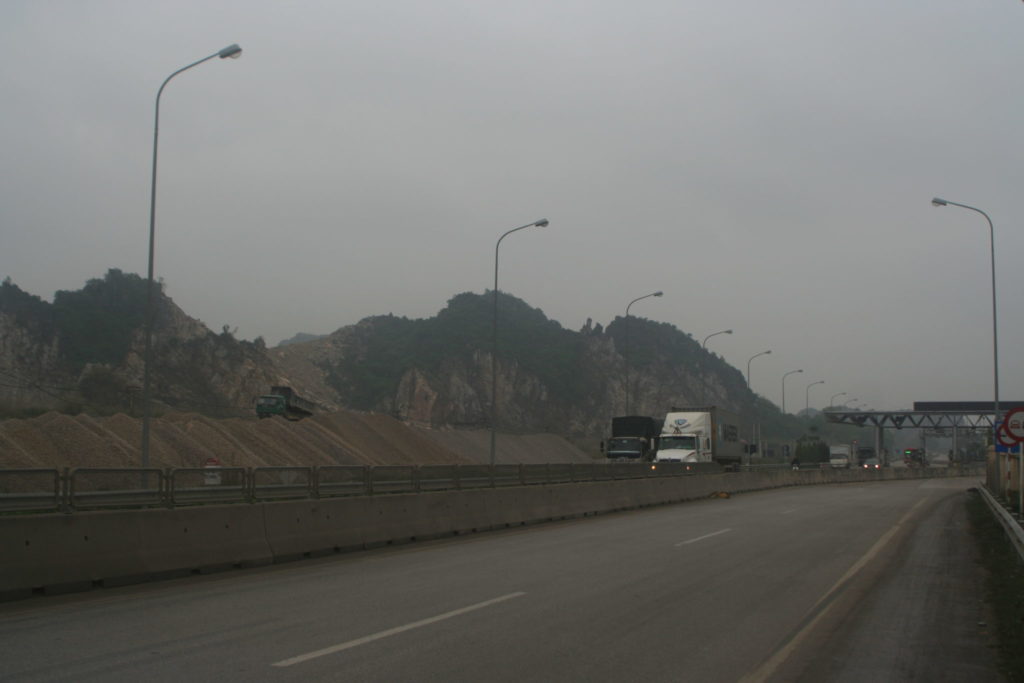 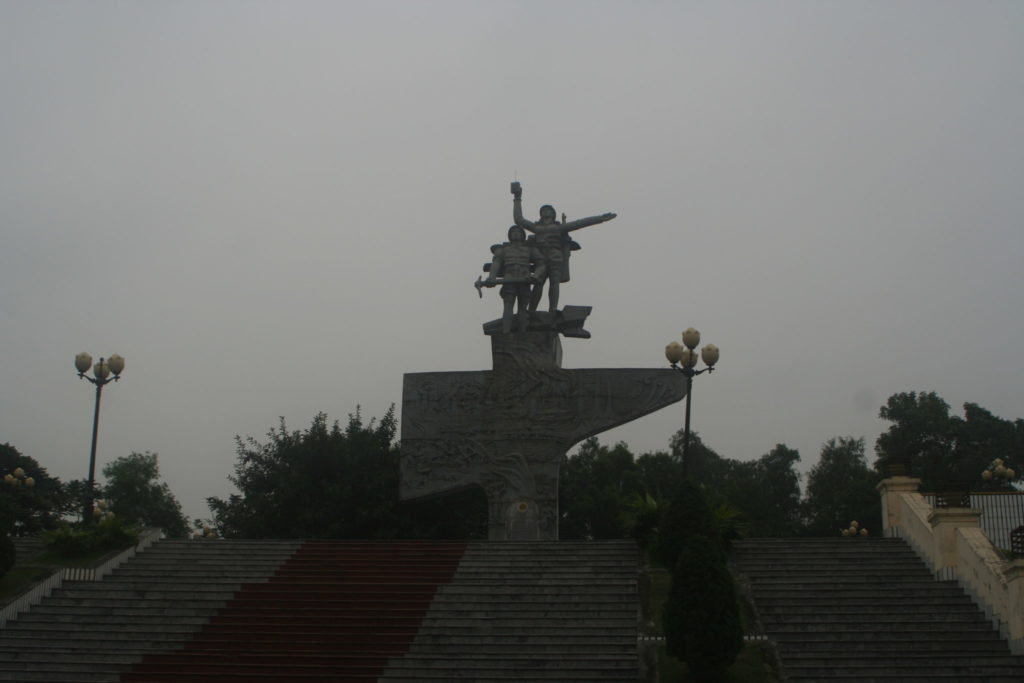 They kind of look funny with this tiny head for these big arms. 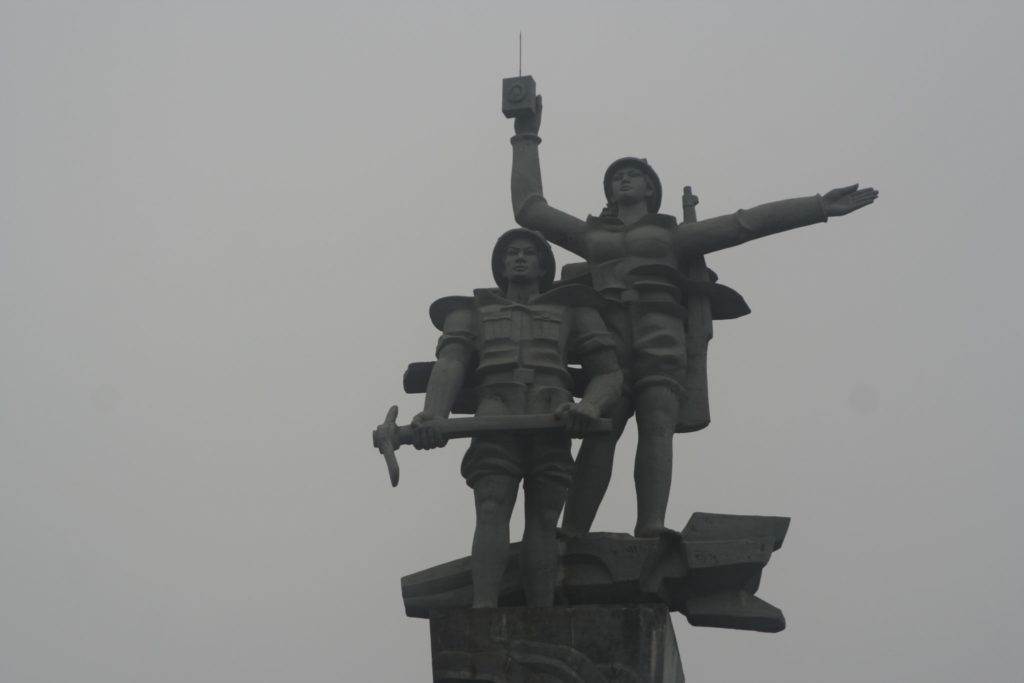 The rain got exchanged with wind facing the opposite direction of my driving. At the end there was a really, really small hill of 50 meters of climbing,  I enjoyed that one😂 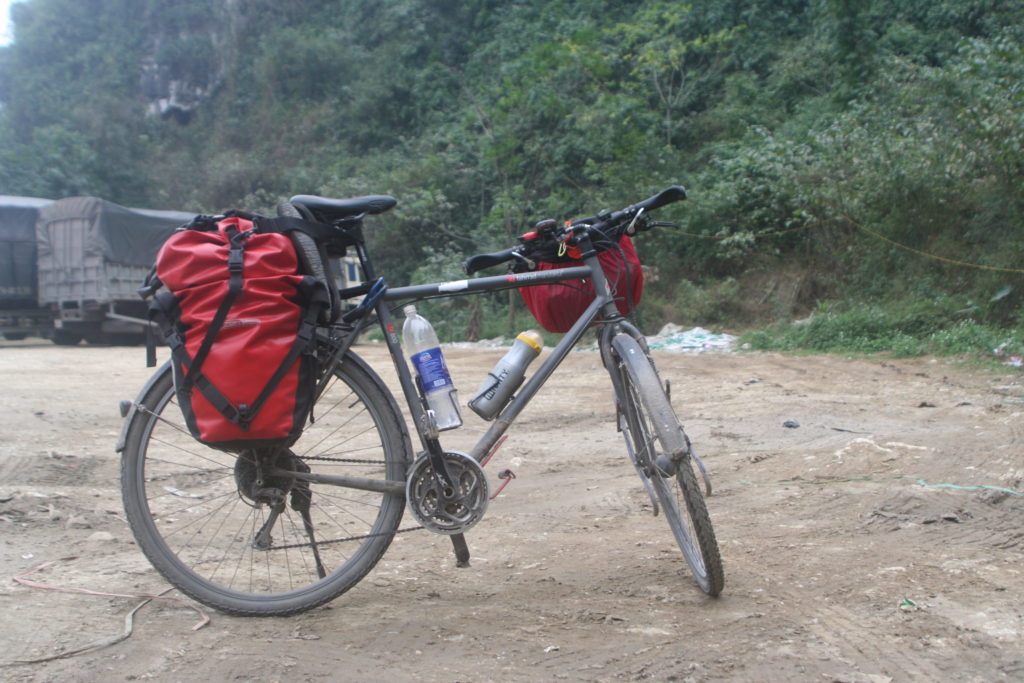 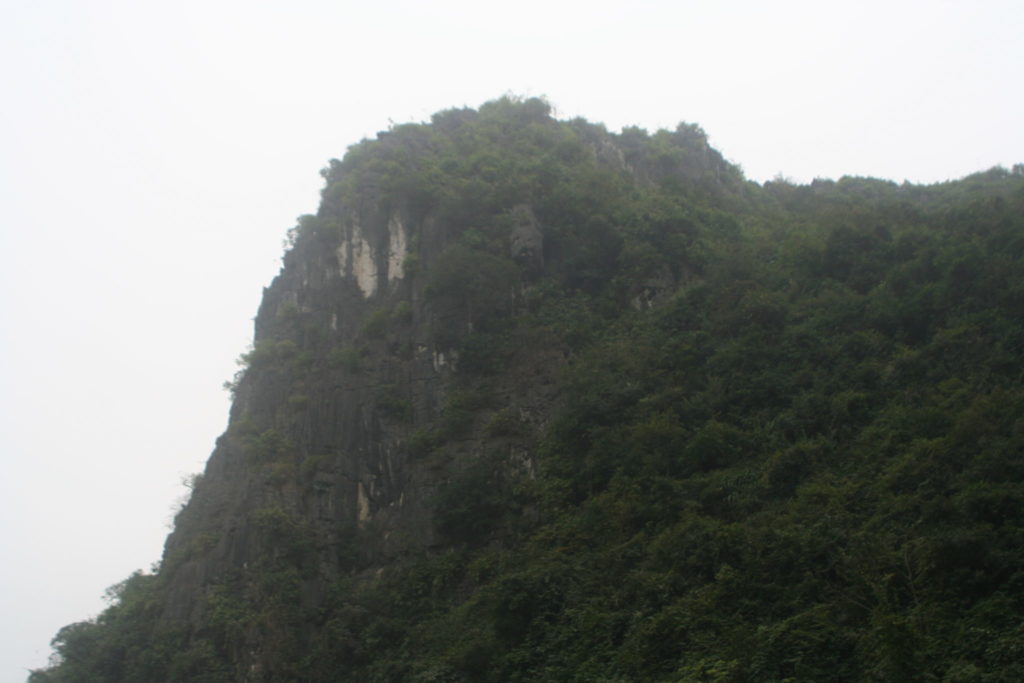 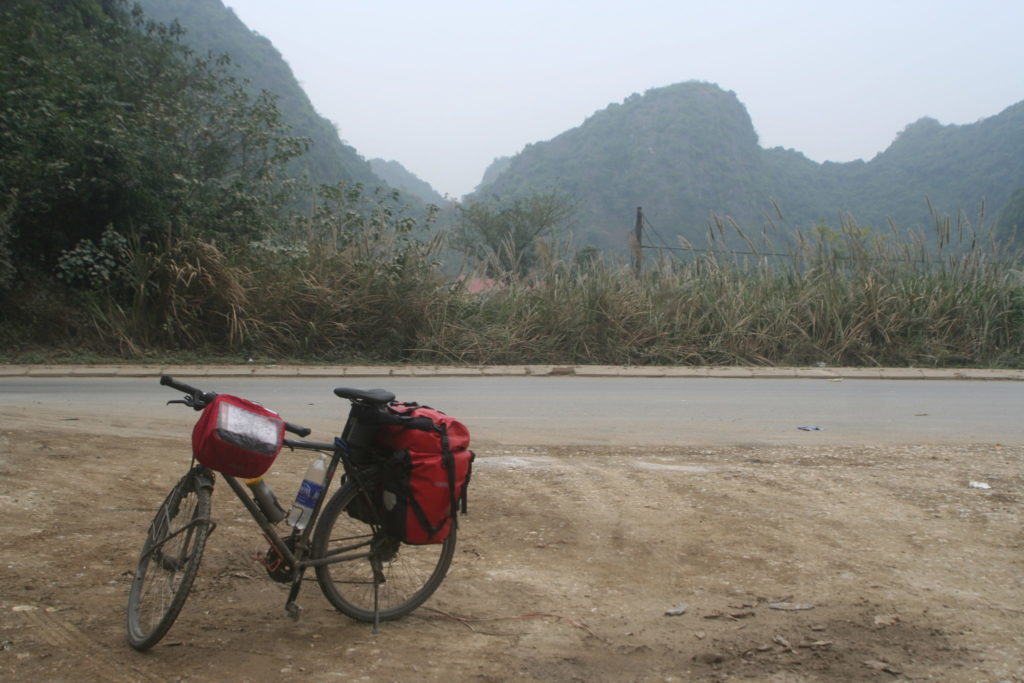 For the rest it was mentally really hard to continue… But I managed to arrive in Ninh Bình, as it weren’t my muscles who didn’t want anymore but my mind. Putting on the right music and skipping the bad one helped.

Actually I often saw the rails from the train, but rarely the train or it was behind buildings. As the road and the rails were running in parallel with nothing in between, I got myself a challenge: taking a picture of the train here,  as I like trains and I know some people back at home who like trains😀 The first train was going into the same direction,  so the moment until I had my camera out,  I could just get the back of the train… 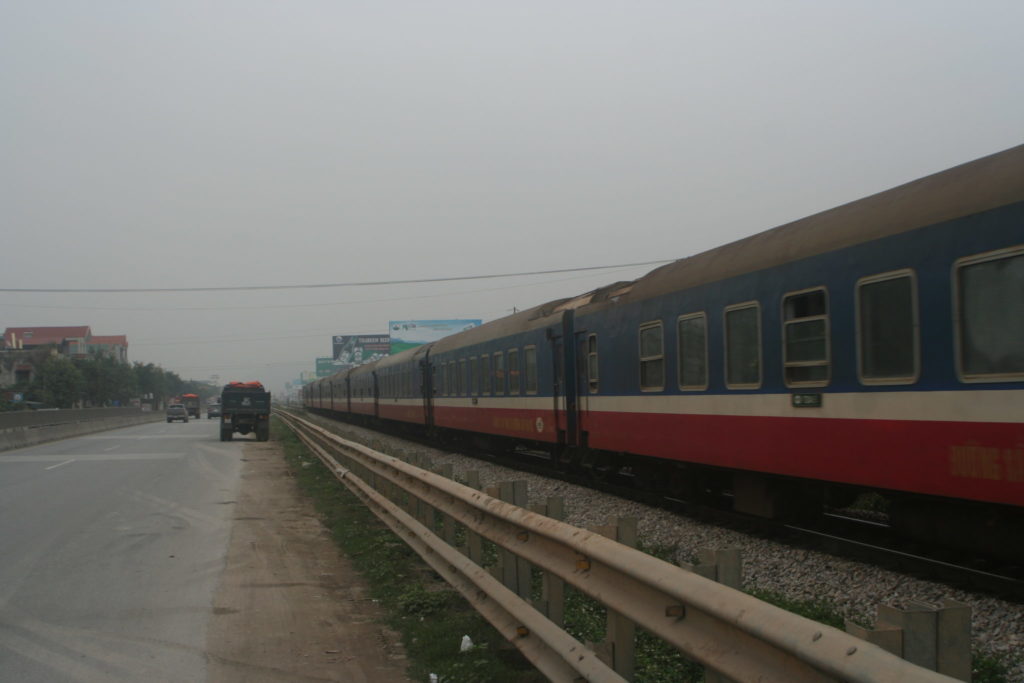 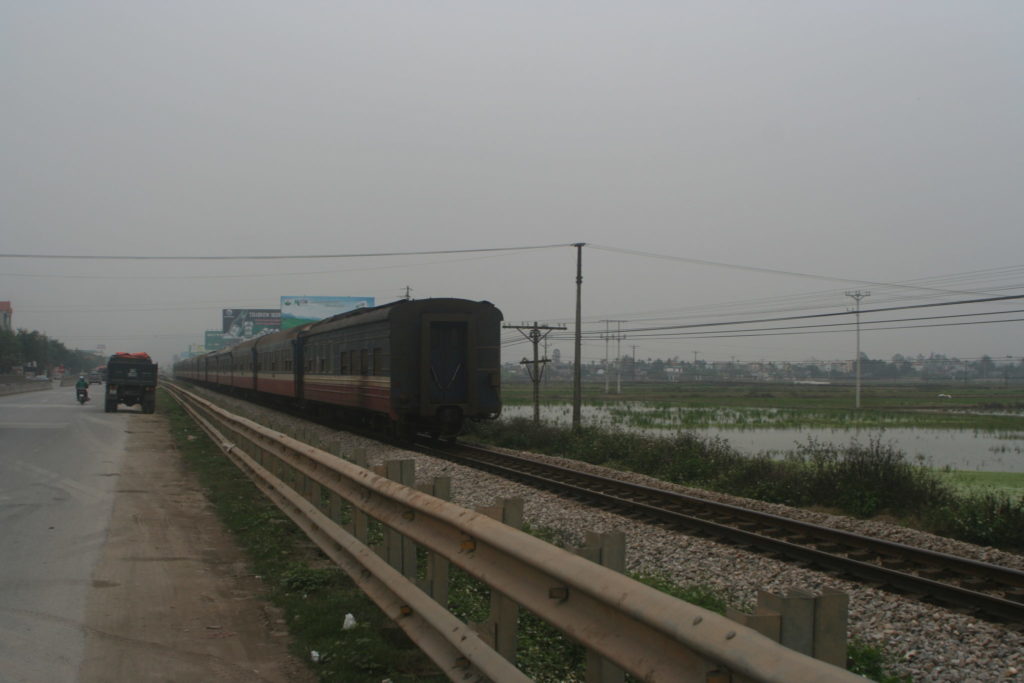 Shortly before Ninh Bình I got to a closed rail crossing,  so I stopped and placed myself with the camera to catch the train. It was a little bit quick… 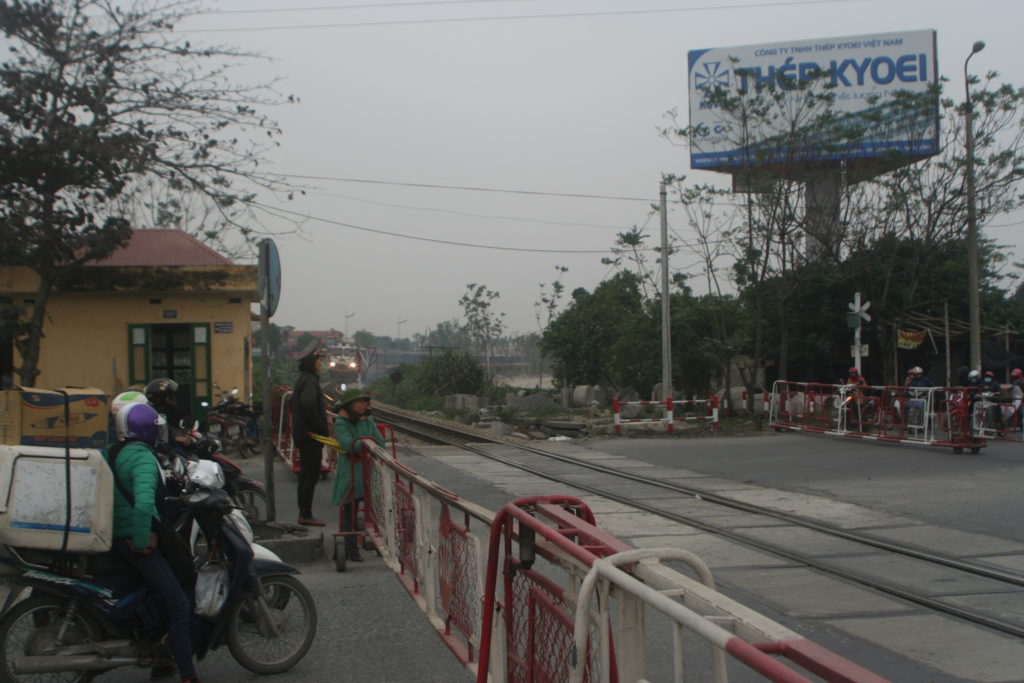 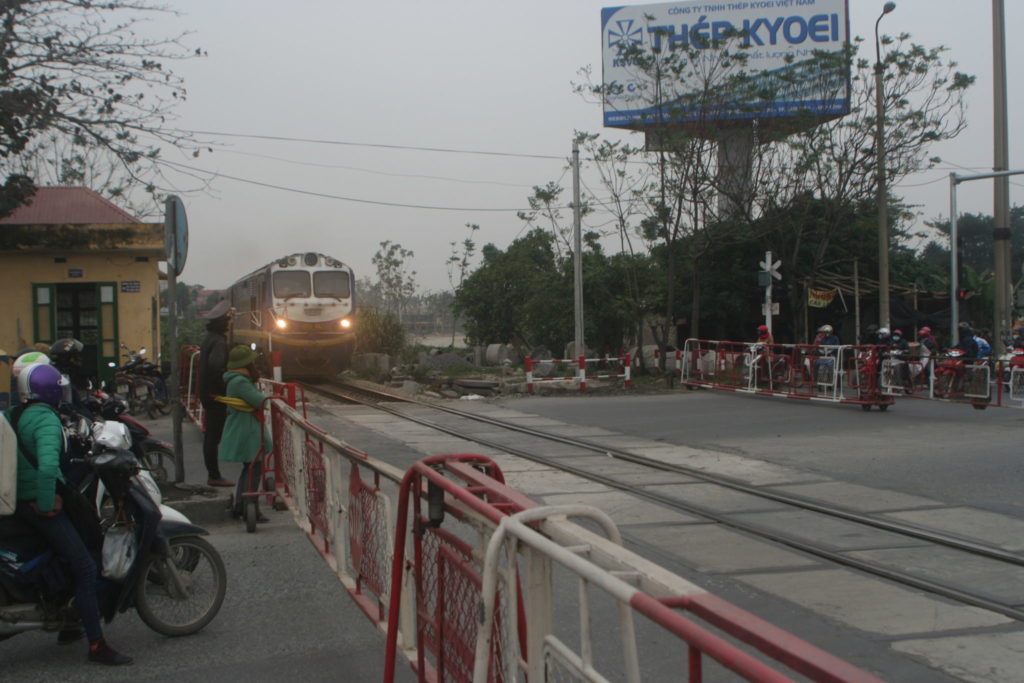 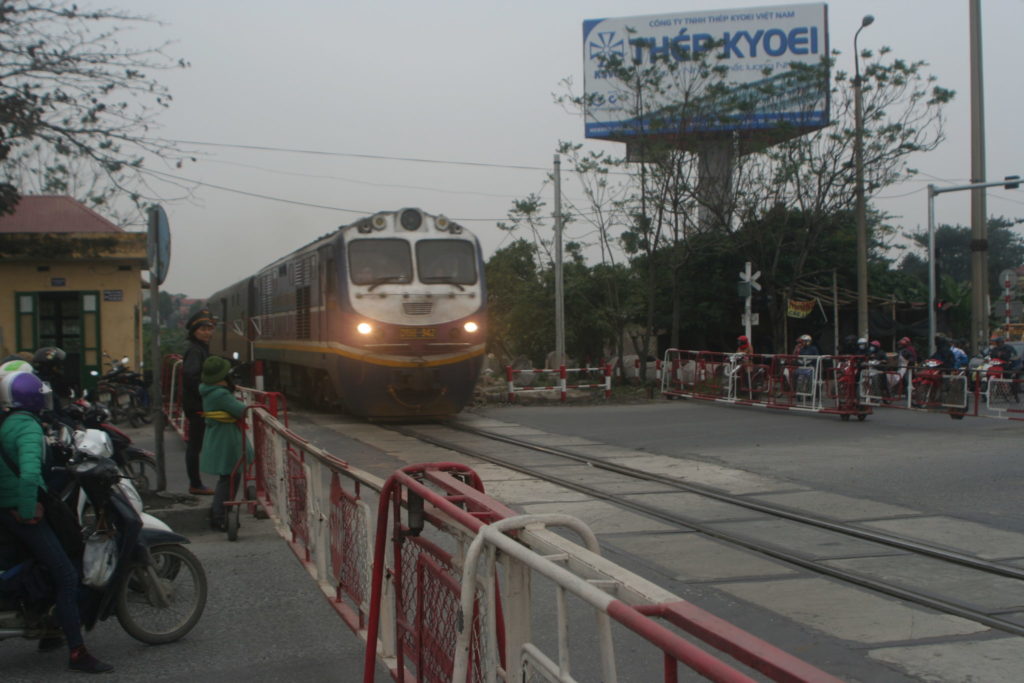 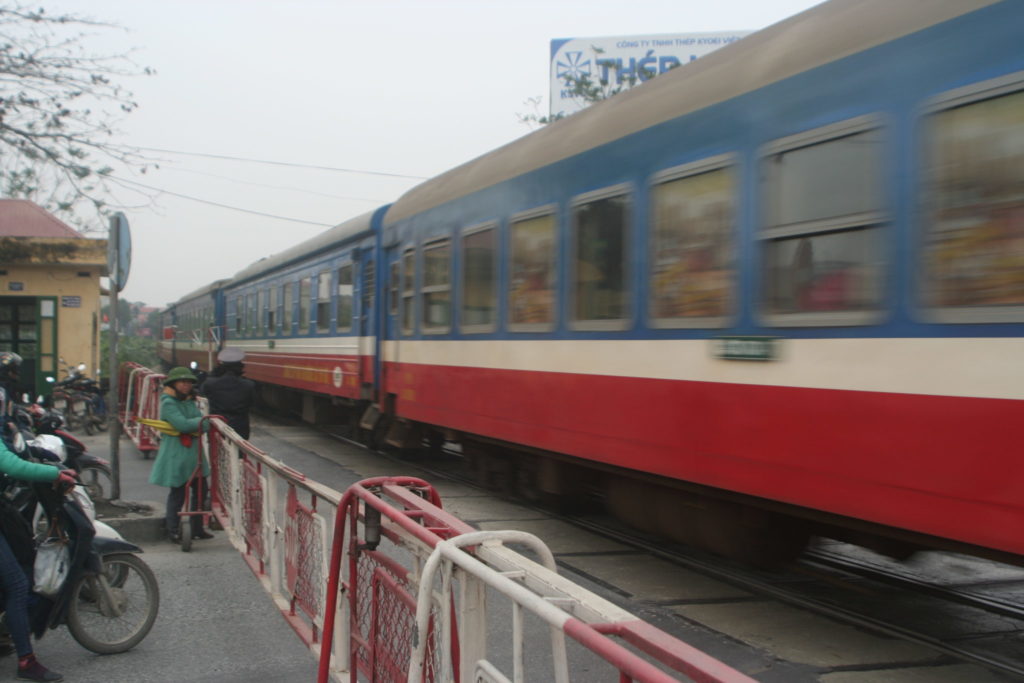 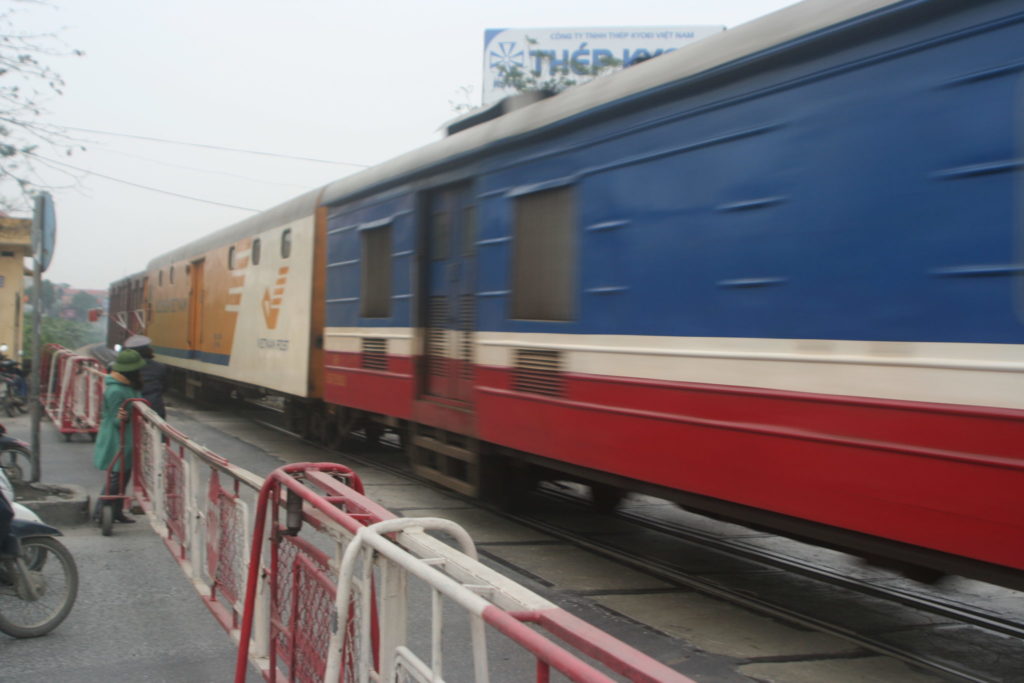 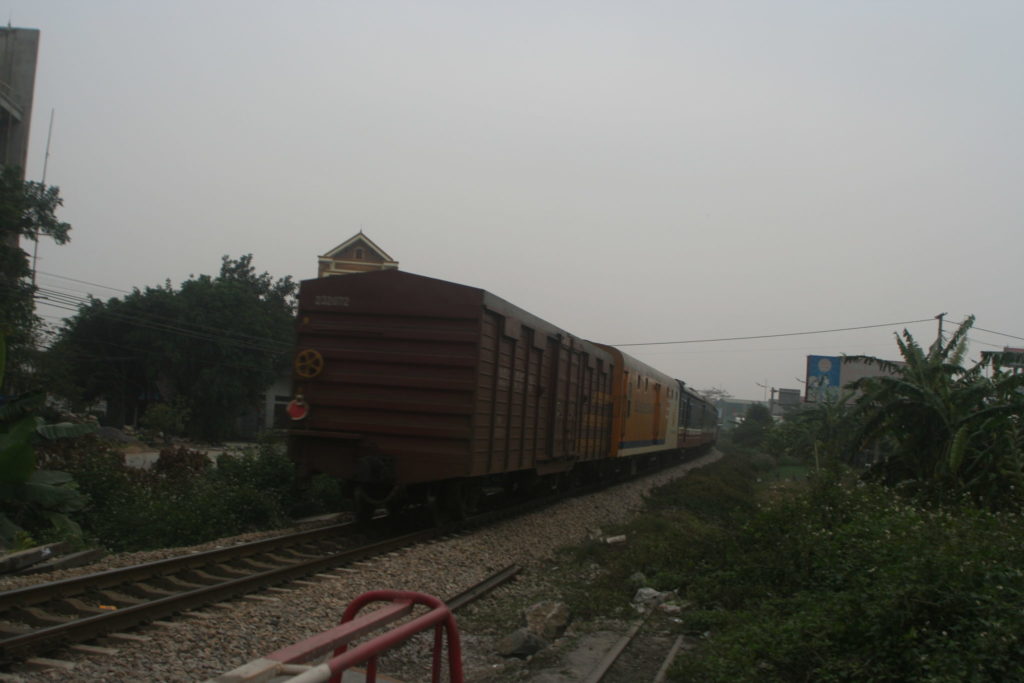 Arrived in Ninh Bình I checked online for a good hostel,  as I didn’t have any clue what to visit here and with a good hostel,  you get english speaking stuff. I found a good one,  ironically it is the old train station😂

After a shower I talked to my roommate and I ended up going to dinner with some more people and now we are hanging around.

With my roommate I will visit some places on a motorbike we will rent.

The day after tomorrow I will do my final cycling to Hà Nội where I am going to meet my brother and his girlfriend.

Got on the road early and got a really nice landscape because of some clouds,  less traffic because it was not the main road and too small for lots if big trucks😀

Eventually the clouds got more and it started to rain again, but it was still warm,  so I just continued without a raincoat😀 it stopped quickly after 10 minutes,  so it was alright. 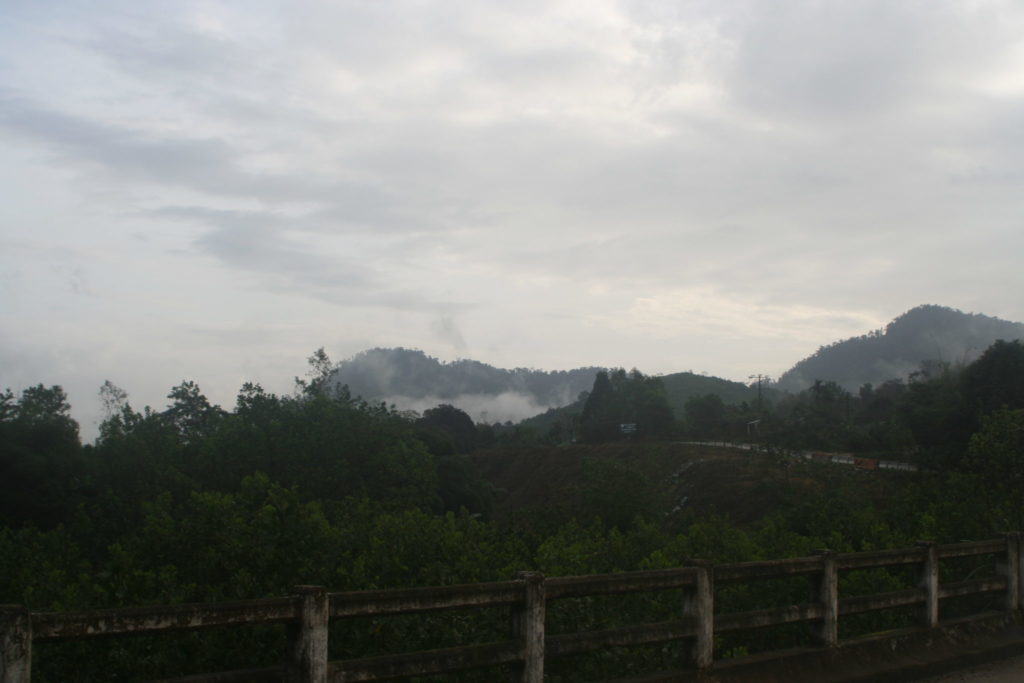 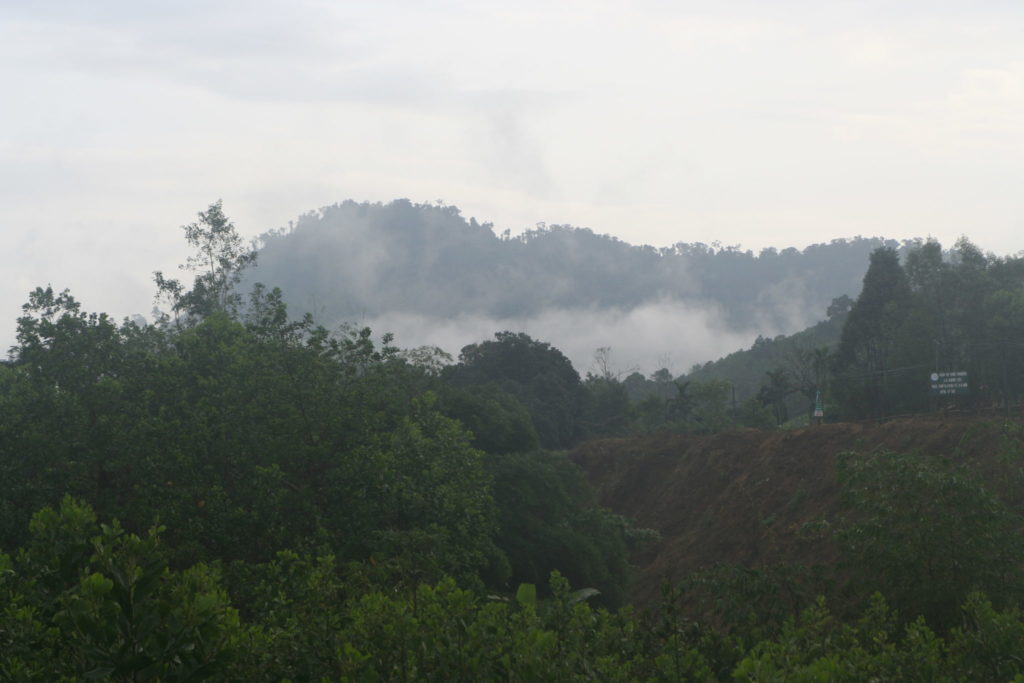 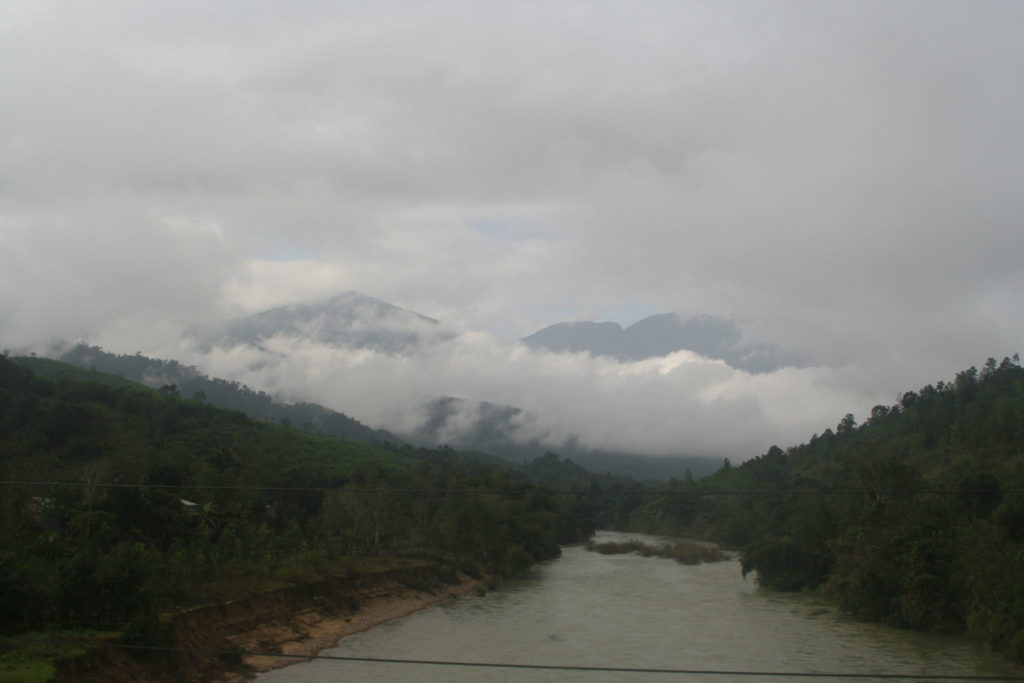 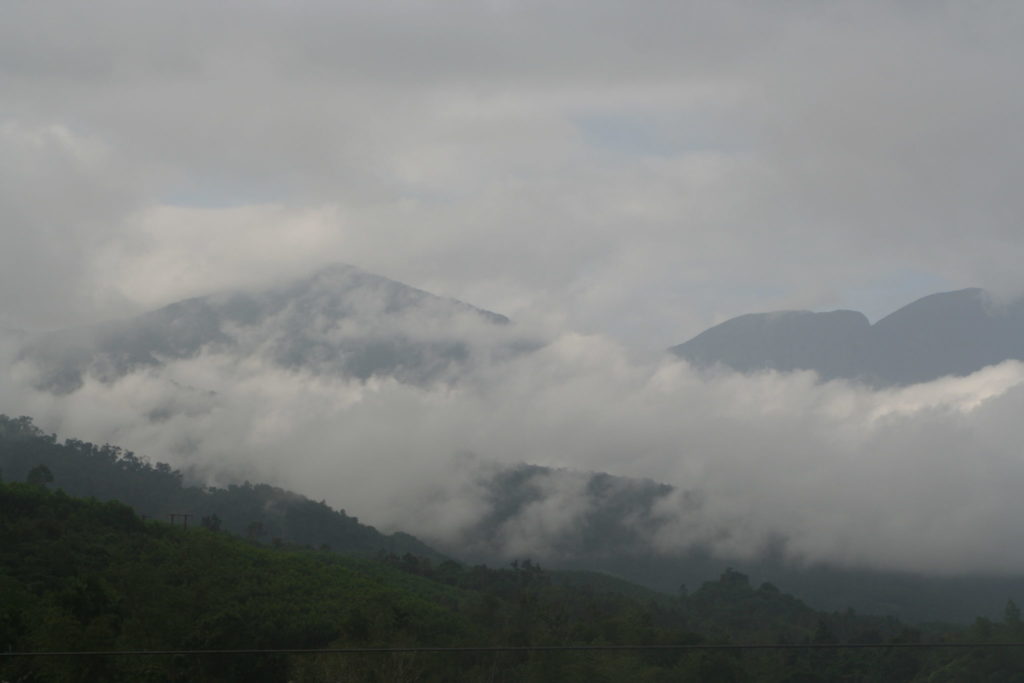 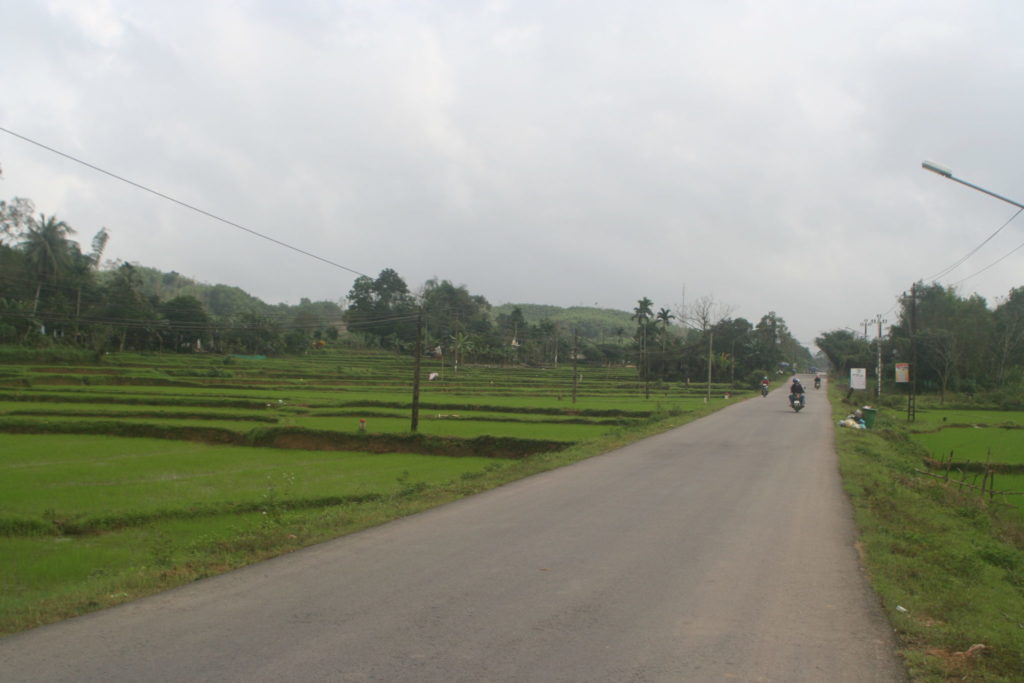 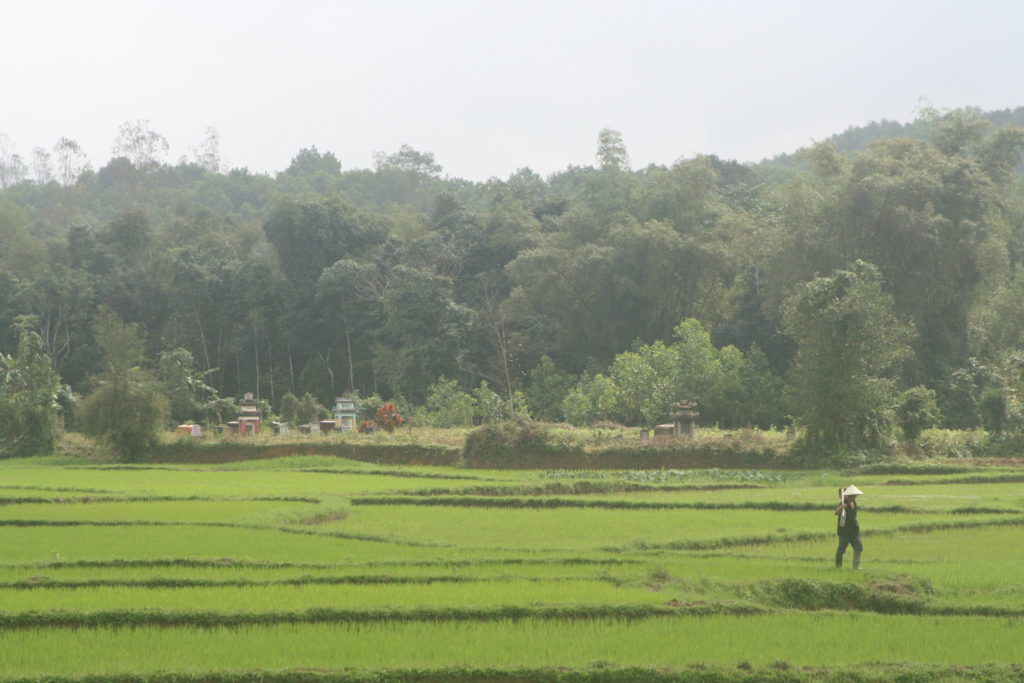 After 60 km I reached the end of that road,  and I got back on the main road which follows the cost line. Only 40 km left. From there on it got boring. Just straight roads with traffic,  no hills. I wouldn’t have thought that getting back to such a road would put my mood that much down… But I arrived as I was able to cycle quicker than in the hilly areas.

Now I am in Đà Nẵng and passed Hoi An because I will visit it from here with a motorbike,  which leads to one more day without bicycle 😊 not that I don’t like my bicycle,  but I currently use it a little bit to often😂 But I am visiting Hoi An not alone. Banh (the girl from Kon Tum) joins me tomorrow morning and shows me around Hoi An 😀

In the evening I was just walking around the city center. Got some food at a Vietnamese fast food restaurant. While walking next to the river I realised: they know how to put lights on their bridges around here. I just forgot to take a video, I will try to do it in two days when I am back here. 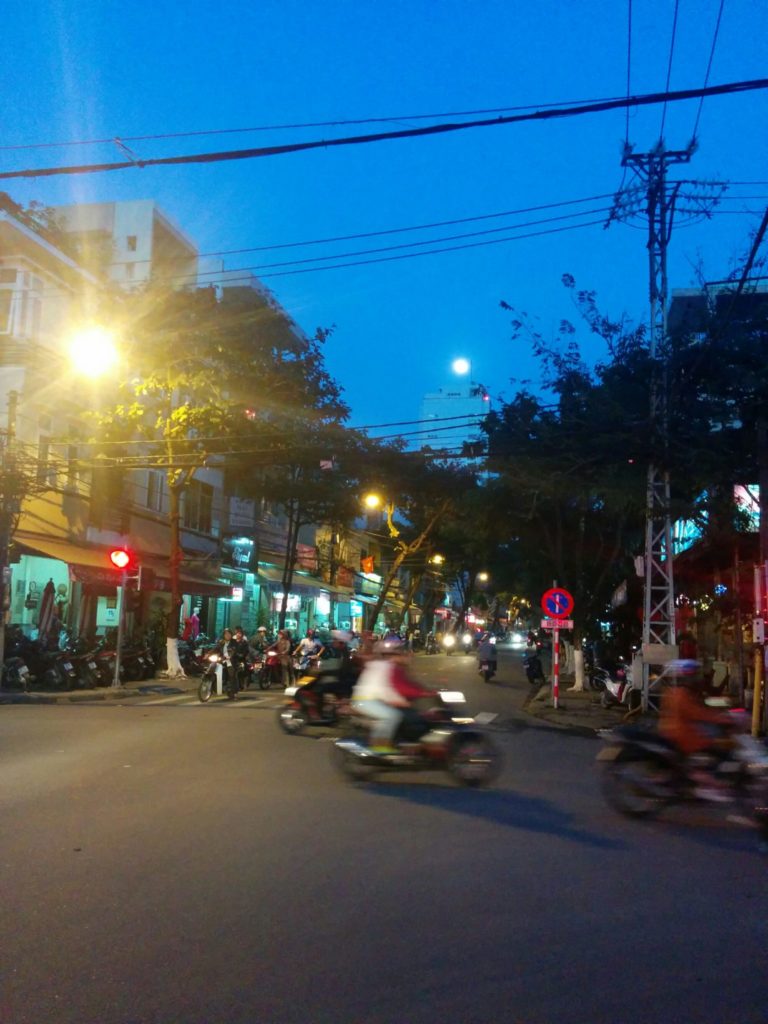 Because we stay over there for one night,  I don’t know if I will write a post tomorrow as I leave the stuff to get the pictures from my camera to my phone in Đà Nẵng with most of my luggage.